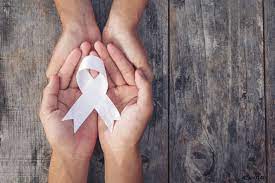 As we witness the troubles of the world, one thing is for sure. In patriarchal terms—power or lack thereof—rules the day.

There are many kinds of power.

What we see most predominantly activated in our world is overt or brute power. This can be seen in the armed conflicts around the glob. Violence and aggression have the appearance of power but generally are fueled by weakness, insecurity, and fear.

There is covert power which is a more shadowy and manipulative power. It is the slimy underbelly where governments triangulate aggression through intelligence. Thus, indirectly funding of armaments for other nations to be manipulated into do their benefactors bidding.

Finally we see what is considered subtle power like that of a mother nurturing her offspring. Her nurturing protection is fierce and resilient.

The age-old question is, must their always be a winner in any conflict? When the answer remains yes, then we will see overt and covert power structures maintained.

But is our perception of power real?

Could power actually be a disguised weakness?
Could the one who nurtures and yields hold the true power?
Is bullying power?
Is overpowering and aggression true power?

Or is power simply a patriarchal and capitalistic construct designed to keep the myth of scarcity activated so that true and benevolent communities, where mutual give and take existed as the norm, were unable to form.

A different understanding of power

In America what is now known as the USA the colonist peasants took up arms against the well-armed British Empire in the 17th century and won. The colonists were the original underdogs but little did, they know over 246 years later they were birthing a new empire.

Unfortunately, the new American Empire now functions like the British nemesis they overcame over 246 years ago. Of course, this creates a new underdog yet again as the human historical cycle repeats ad nauseum.

What if the underdog is the one who holds true power?
What if sometimes, true power means to do nothing?
What if standing firm and not engaging in violence were to be valued as power.

How do you define YOUR power?

How do you manifest your power or influence?

Embrace any and all insecurities or fears with compassion and acceptance. This is how you win! Self-reflection and critical thinking are the keys to the wisdom that you already possess.