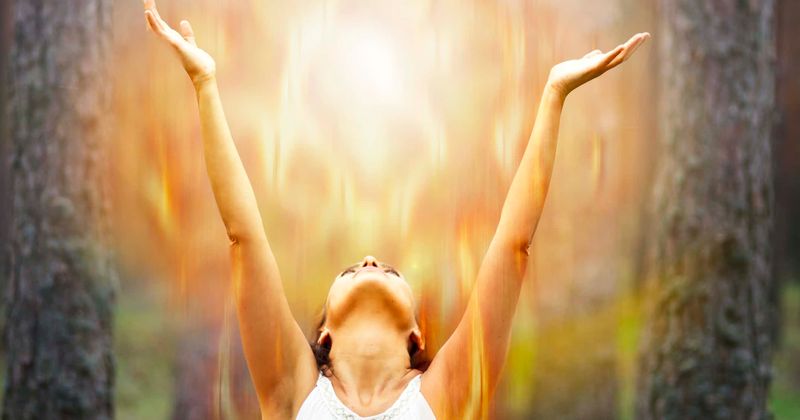 Many people, both men and women, are under duress over the current state of affairs of life and liberty and what’s happening in the good old U.S. of A. Some people are seemingly happy (ignorance is bliss). Many others justifiably complain about the rampant sexism and racism that’s casting a long, dark shadow across the land. Many more are deeply disturbed by the resurgence of the “good ol’ boy network” of greed, avarice, corruption, and all the other “isms” that seem to be surfacing in 21st Century America.

Take heart, all is not lost!

There is a bigger movement and process going on underneath the reactionary dramas portrayed to us by the mass media television and even feature films.

Birth is a metaphor for growth and change. Ask any woman who is a mother: she knows a lot about giving birth. First is the excitement of conception in anticipation of being a mother, especially for the first time. As gestation progresses, it seems as if the baby is suddenly in charge of the mother, rather than the mother being in charge of the baby. It seems the baby is birthing the mother as the woman birthing the baby becomes “mother”. Who is birthing who? As we all know, it’s a life-changing and awesome event.

From the future mom’s point of view, she’s being tested and engulfed by physical and mental changes culminating in birth. There’s also the physical pain of delivery during the arduous labor process. Of course, once the baby is born there is ecstasy and joy, right after screaming pain and pushing sometimes from hours on end. Wow, what a ride! It’s almost as if birth is a roller coaster going up and down for nine months. The newly minted mother has now manifested a future generation of family members. Birth is a continuous and miraculous success!

There’s a different story from the baby’s point of view. It seems that it has all its needs inside the womb. Of course, as six to eight months pass, things start to get uncomfortable as there is less room and space and the baby starts to notice things are changing. From the fetal point of view, it’s been a heavenly existence with all its needs provided from its host (mom). The baby has been living inside its own Garden of Eden. As birth nears, labor pains commence. There’s a quickening as the fetus doesn’t realize that s/he is about to be born.

Unsuspecting fetuses’ can often experience terror that everything is changing and disintegrating at breakneck speed. From the baby’s point of view, maybe it feels as if being rejected or cast out of Eden. There’s no awareness why the comfort is ending or why s/he cannot stay inside mother. The baby may even think

“Why is she pushing me out of our Garden of the Eden?”
“What did I do to be rejected?” or
“Everything was going along so beautifully, why is it ending?”

At birth, the baby and mother may feel the walls of their existence are crashing down for no good reason. The baby feels like it’s being killed or squashed for merely existing. Remember the baby doesn’t know life in independence and survival lies on the other side of the birth canal. You could say the baby is experiencing the death of its fetal existence. It doesn’t know that life awaits outside her/his host (mom).

Once the terrifying, traumatic experience of being exposed to harsh lights, towels, and coldness is over, the baby needs to be comforted with touch. This is just the baby’s first day on Earth and the mom’s last day as solely a woman who’ll now be a mother for the rest of her life. Let’s not forget the fathers who were men or lovers before this event. Now they’re fathers for the rest of their lives, too. Welcome to adulthood.

So, what am I really speaking of here?

This is a metaphor to explain our comfort inside the world of the womb that is quickly facing changes and destruction, making the baby (us) feel our death is imminent.

It is really the start of post-traumatic stress being somatically imprinted on the baby/us for the rest of its/our life.

The birth process is a metaphor for the current state of our nation. The energy of destruction and disintegration, plus the results of mankind’s effect on our environment, seems to be in the air. Every level of society is impacted.

I feel what’s going on is a greater consciousness. This is more commonly known as the Aquarian Age, which is being birthed as we speak.

The “divine feminine” is in labor giving birth to an Aquarian Age, flowing feminine consciousness.

Meanwhile the patriarchal role of the masculine is playing the midwife during labor. Believe it or not, Donald J. Trump is the midwife of the disintegrating patriarchal, dominant system that’s imploding as it unintentionally supports the new consciousness being born. It is all a gift!

I’ll say it again: the male patriarchy is disintegrating or self-destructing as the birth of Aquarian Age consciousness emerges from the loins of the divine feminine.

Metaphysically, we, the collective of humanity, are all in the delivery room in labor terrified and not knowing what’s taking place or what the outcome will be. Much like the baby thinking s/he’s dying, not knowing life is on the other side of the birth journey.

Donald Trump represents the 2000-year-old patriarchal network known as the good ol’ boys club that’s disintegrating or imploding from its own hierarchical weight. Ironically, it’s the perfect catalyst for the rebirth of the divine feminine. She’s returning to her home and has her voice intact as her personal power manifests and she takes her rightful place in the world.

Remember, women birth the future of mankind, yet they are seldom treated with the honor and respect they deserve. If that wasn’t true, we wouldn’t have the success of entertainment such as the “Handmaid’s Tale”. All of this is necessary for the empowerment of the feminine to rise up in take her place on top of the ashes of the imploding masculine. After the scales of justice have weighed in her favor, a new, balanced masculine will arise. This will also restore the balance of the masculine and feminine in a new way. A new global transformation comes where everyone alive will be important, will be valued and heard. It’s a new dawn as the old paradigm shifts and he matriarchy ascends with the birth of the Aquarian Age consciousness thus creating balance, equality and respect.

Even if we don’t consciously birth the lessons in this way, Mother Earth herself has a fierce ace up her sleeve: as an ecological catastrophe can wake and shake her children up fast.

I hope this metaphorical and philosophical allegory gives you some comfort, hope and wisdom.

There’s nothing to do but compassionately observe the face of change in an empowered way with our collective voices intact. Women have been silenced with victimization and fear for about two thousand years, ironically, since the Bible was written – but that’s another story. The world needs to take a new look about why repression of the feminine was intentionally built into the system “Venus envy”! Historically, many men pretended to write the exalted word of God for their own gain. If you doubt this, which is okay, know that the King James version of the Bible was edited by Sir Francis Bacon to give the King of England divine sovereign powers as a God on Earth, thereby raising His Royal Highness into an ordained, regal deity which is far from the word of God.

To “beLIEve” means you have to stop thinking, negating the use of your objective reasoning to question any authority. Many people are too afraid to even think that they’ve been manipulated or lied to through parables and beliefs that were created to control. Misogyny has hypnotically infected the whole population to demonize the feminine by centuries of untrue religious dogma. “It’s all about Eve”

It’s time to wake up! The new dawn is breaking and it’s actually a joyful time of tremendous change!

Live your life as a wow moment and choose not to react with anger and fear (a daily media program called news). Live an empowered life which means you can speak up and speak out. The Aquarian Age is growing all around us. Allow it to nurture you as we collectively grow and mature as a species.

I offer this with love and gratitude…