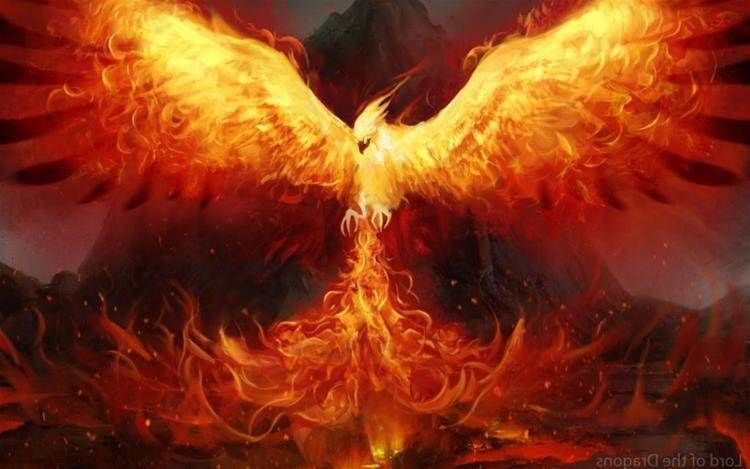 Rebirth: The Phoenix rising from the Ashes of the Past

Everything alive lives and dies within the cycles of time.

Every event in existence—no matter how predictable—continually manifests unexpected consequences. Life itself tends to express itself through the movement of opposites. At present many of us alive have witnessed many events that fill our history books in countless libraries. We also participate in the history of the living present which soon becomes the past.

There is a Yin to Yang of opposites with those opposing polarities that create a whole.

This makes the circular whole a wheel. The wheel of life moves forward from the opposing charges of negative and positive energies that catalyze its movement.

As we know positive and negative are interconnected and actually support each other.

This list of seemingly opposing forces goes on from eternity into infinity.

What fascinates me most is the repetition of cycles in time. There is almost an anniversary effect that repeats itself yearly every 5 years, 10 years, 20 years, 50 years, or even 100 years.

All cycles repeat and return just as the Phoenix will rise from the ashes of her past.

Right now humanity is living in a pandemic cycle that is similar to the plagues of old. Could its timing be accidental or coincidental? The global pandemic of Spanish Flu occurred from 1918 to 1921. What is even more interesting is that we are experiencing some of the same public reactions with masks and hysteria based on the fear that people experienced during the Spanish flu. And like that flu, these reactions are just as chilling then as they are today. What will be the unintended consequences be from this 100-year anniversary of the Spanish Flu? Another Roaring 20’s?

A personal favorite for me is being a baby boomer post World War II is that World War II occurred between 1935 through 1945 during which 70 to 80 million people perished. Interestingly the Baby Boom occurred from 1946 to 1964 when 78 million babies were born! You can clearly see that from the destruction of World War II that the birth numbers are not accidental? Coincidental? Maybe we can reframe this as an unintended consequence of Nazism and a global war.

The numbers listed above are a great example of showing and teaching you about the balance of life is death. It’s a circle of Yin and Yang almost occurring with clockwork precision.

I use this dramatic global situation to point out the huge unintended consequences from one event creating another opposite reaction (not to laud or praise any heinous act or another).

It is not as if someone told the World War II soldiers to procreate in mass upon returning to their homelands. I find it ironic the modern-day baby boomers’ fathers killed many Nazis just stay alive during the war. What forces guided them to procreate from their negative experiences which created unintended consequences of World War II.

What is the force that demanded sexuality create balance?
Is it the individual subconscious mind or the collective conscious mind?
Could it be god his or herself?
Was it the consciousness of the entire universe that becomes the Phoenix rising from the Ashes?

This leads us to the unintended connection of new and old working together in the present to create the future which spawns from unintended consequences. The Phoenix rises yet again as the wheel of life rolls forward for all living things.