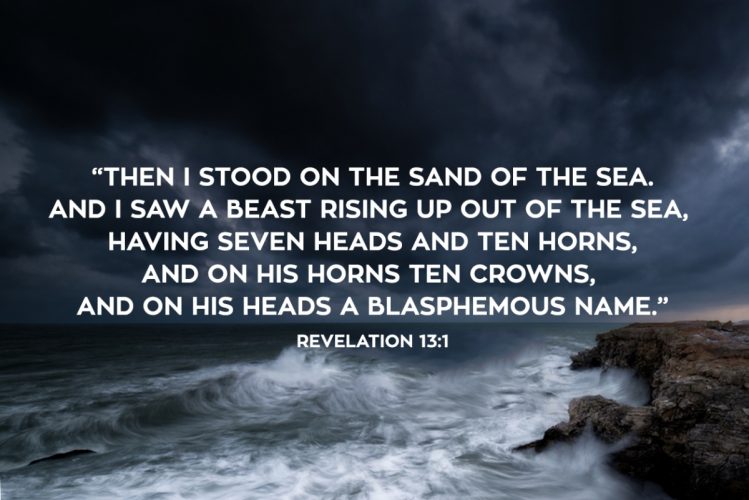 Are these the end times or the beginning of a new era?

This question, in a variety of forms, is being asked by many of us in these uncertain times. This time of great awakening was foretold thousands of years ago by many ancient cultures.

These prophetic messages clearly stated there would be a global radical shift on a planetary scale in the future. For example…

What wonderful synchronicity that we can see the commonality within the three prophecies all emanating from different parts of the planet. Not one of them connected by modern technology yet all three have a similar timeline. The Mayans in 2012 talked about this awakening, and even the Holy Bible foretells of a time of great upheaval in the book of Revelation.

If you examine the words they use to describe what’s forthcoming, you’ll see: Great Awakening, Golden Age, Aquarian Age, and the times of illumination. How reassuring to know that our ancestors are not surprised by this time we are living through.

Revelation is a type of double entendre that is so needed in these corrupt and troubled times on Earth. It talks about the apocalypse which actually means the unearthing or uncovering, which is the essence of the concept of revelation.

In this time, we are seeing deeper truths exposed that are revelation to a system that is not working for the vast majority of the globe. As we are beset by corporate lies, secrets, and misinformation dominated by the hegemony of patriarchy, we see a system bent on domination begin to malfunction. We see the long-term deleterious impacts of Colonialism on the backs of our brothers and sisters of color, and we begin to see those who are not oppressed cry out too. As corporations attempt to exert control over natural resources like water to insects to animals to humans to our very Mother Earth we see others rise up to confront it.

Yet, there is a revealing in this time… a revealing of plots, and messages, and agendas that humanity is beginning to open her eyes to. Even our beloved Mother Earth is responding in kind by revolting against the subjugation and control of her resources by a sneaky pandemic that has mandated stay-at-home orders…thus giving the earth a minute to catch Her breath and begin to inhale and exhale again.

The Dark Ages brought on a Renaissance period full of artistry, artists, creativity plus collaborations in music, staged drama into somewhat of a Golden Age after the darkest of dark ruled the Middle Ages. This was quite a dramatic shift from the depths of misery after the Black Plague.

Hopefully revelation will bring a time of peace for 1000 years.

What will the Covid-19 pandemic birth? We are still Living in the Land of Revelation… so this remains to be seen…

The Hopi tribe in Orabi, Arizona speak of this time as the Purification Times.

They describe two roads which are carved into stone as a pictograph called Prophecy Rock. The image consists of a diagonal staircase reaching high in the Sky with a simple straight line under it showing a humble little man planting seeds and growing corn. They state that these are the instructions from the Creator and that simple leads to longevity. The upper diagonal stairs show mankind ascending away from nature up to the sky. Ironically, the last image is a large man falling upside down decapitated as he falls.

Think of Prometheus. This strong image is symbolic of technological or ecological suicide for monetary gain at all costs.  To the arrogant extermination of Mother Earth in all living forms on this precious planet. The simple life which is the straight line under the ascending stairs shows the mankind or humankind can exist forever following the simple rules of the Creator. Longevity will be sustainably achieved by planting food creating your descendants and moving forward together in collaboration for all time.

Essentially these crossroads are represented as a choice.

Will our own perceived intelligence be our collective undoing? Whether it’s through nuclear, oil, 5G or any other technological breakthrough? Of course, we are proud of our achievements and the modern conveniences. The ancient ones clearly stated it looks like have a double-edged sword both are benefits with a long-term price.

Humanity collectively is now at the precipice of tremendous change.

Many believe that Big Pharma will save us from any virus or health issue that stalks our species, while others contest this and do not trust the medicine of modern humanity. The fact that we have a sophisticated immune system that can be bolstered by nutrition in healthy ways of eating doesn’t make the news ratings, so it’s rarely covered on the news.

Wherever we can take care of ourselves in life affirming ways by exercise, eating healthy, and eating foods that haven’t been over-produced we will unleash better health than manufactured pharmaceuticals can provide, yet we all have a choice. A careful examination of the news that is not only made for ratings uncovers the myriad doctors coming forward at great professional risk stating they’ve had dramatic healing effects from unpatented Vitamin C, unpatented Vitamin D3, unpatented Zinc or even unpatented Melatonin to activate our immune system during the crisis.

We all have a choice in these times to look at the healthiest choice for our bodies, minds, and spirits. Always remember to ask “who benefits and why?” as you make your well-informed decisions. We certainly have the time to research and reflect during stay-at-home orders!

Did you know that in the Middle Ages those who survived and didn’t succumb to the dreaded Black Plague also wore masks?

I found that a fascinating link to our ancestors! Our ancestors donned distinctive bird-like masks, long capes, hats and gloves, and cunningly laced their unusually-designed wardrobe with with common protective herbs fortifying their immune systems.

To protect against this poisonous air, plague doctors filled the beaks of their costumes with theriac. This concoction of more than 55 herbs included cinnamon, myrrh, viper flesh powder, and honey. Some French plague doctors even set the herbs on fire, producing a protective smoke within the beak. They hoped this smoke would repel ill-humors transmitted in the air. By Engrid Barnett, contributor for Ripleys.com

They even handled the dead and diseased bodies. The plague doctors touched and buried the dead—and of course took their possessions too! The doctors created a product that is still out today called ‘3 Thieves’ which I highly recommend. I always use when I travel and spray my mouth on the plane not to get sick from the inhaled carbon dioxide of 250 plus passengers’ germs. This time-tested product can be bought at any health food store or online marketplace or on Amazon from a variety of essential oil carriers.

It has immune building effects that enhance and support our immune system during the common cold.

So why am I telling you all this? We all have inside our body which our immune system fights daily. There are also a host of naturopathic medicines that can help our body heal naturally. Conversely, vaccines often have toxic elements such as metals or silver that are needed to help suspend the vaccine solution and preserve it. When you get the helpful properties of the vaccine, you are also receiving other non-natural elements with it. We all know Big Pharma’s main goal is profit, not the well-being of global humanity… so as you consider whether or not to vaccinate yourself, it’s important to have all of the information available.

The tragic great cost to an uninformed population is accidental victims who may face deadlier consequences for the rest of their life than the actual disease they desperately sought immunity for.

But what does all of this have to do with Living in Revelation?

As we make choices about how to enter into these unprecedented times, it’s important we are educated on our personal well being, and that we also know what has been foretold from years ago.

Daniel 13. And I saw a BEAST rising out of the sea, with ten horns and seven heads, with ten diadems upon its thorns and a blasphemous name upon its heads.

And the BEAST that I saw was like a leopard, its feet were like a bear’s, and its mouth was like a lion’s mouth. And to it the dragon gave his power and his throne and great authority. One of its heads seemed to have a mortal wound, but its mortal wound was healed, and the whole Earth followed the BEAST with wonder.

The Beast would have 10 horns which you could call the G10 global finance ministers with Seven diatribes which I think is the G7 World Trade Organization countries. I find it very interesting the 2000 years ago they gave symbols and numbers to describe what was going to happen in the future.

Maybe the Beast isn’t necessarily Godzilla but a gigantic system of oppression and manipulation the leads humanity to death for personal gain over life, longevity or happiness.

Maybe that’s why our founding fathers warned us for enemies foreign and domestic who may serve the Beast who are corrupted?  Many other prophecies including Noah’s Ark called for flooding to cleanse the corruption of the world. The ancients predicted an Ice Age freezing of the world, fires burning the world and more floods and hurricanes.

The Native Americans did state that the whole planet has had an earthquake simultaneously known as the great shake they also predict that we could be in for a fourth great shake which ironically happens with the ice caps melting all the fissures of Earth top to bottom become activated. Hence the volcanoes where are direct result of melting ice caps which those ice caps held a certain pressure on all of the inter intercontinental plate movements. These of course are activating the fault lines and the magma chambers at the core of Earth through volcanic activity. Even the poor dinosaurs didn’t know was the perfect storm was called global extinction.

There are many parallels what is happening right now on Planet Earth toward realizing Revelation.

All of this was spoken some 20 centuries ago. I can only hope honesty truth and justice prevail and the corruption will end. Maybe everyone will become enlightened to correct the Global error of their ways. I even wish the same for the perceived perpetrators. I hope to open your mind to protect and nurture yourself and the people of Earth plus all living things. Maybe the paradise on Earth called the Garden of Eden can be quickly restored.

May 2022: All Constellation Healing Events in Sedona ***NEW SEDONA LOCATION***